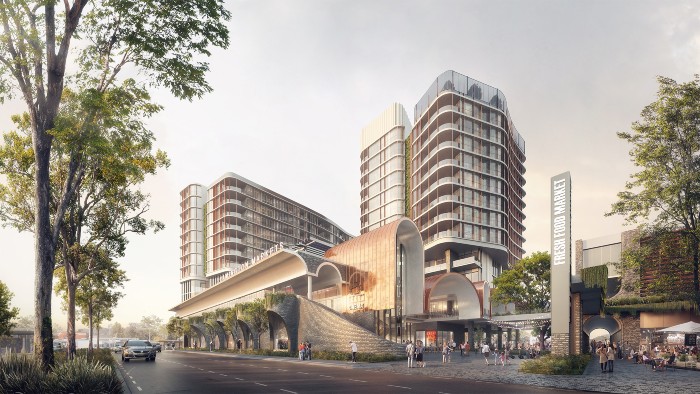 Lutwyche is about to get a makeover after the Lamington Markets, one of Brisbane’s largest indoor market halls, was just given the go-ahead for development.

The project, which will be overseen by developer Meridian Property Holdings, will occupy a total of 10,000 sqm of land at 612 Lutwyche Rd and 53-57 Lamington Ave and will cost approximately $150 million to build. It will offer a market hall, specialty supermarket, urban farm, craft brewery, cinemas, commercial spaces, and residential living. Brisbane City Council has given the green light to the development, pursuant to the Planning Act of 2016.

Based on planning documents, part of the site was initially acquired by the State Government to deliver the Northern busway, and following, was sold back to the previous land owner. The project team has worked with the Brisbane City Council and the State Government over a four-year period to respond to site constraints and refine the urban design response to the site.

Despite local support, this major development has also been met with some criticism from residents in the area, citing concerns about increased traffic and noise that the approved development may bring in the area.

“As a tenant of the Spectrum apartments I do, in principle, agree with the development. However I am concerned by the increased traffic it will cause, disability access, and the potential noise. Currently it is challenging to exit the apartments due to the traffic on Lutwyche Rd. Adding 400+ cars a day coming and going will add to the difficulties,” the resident said.

Construction is scheduled to start in late 2021 and depending on weather and construction conditions, it should be complete by 2024.