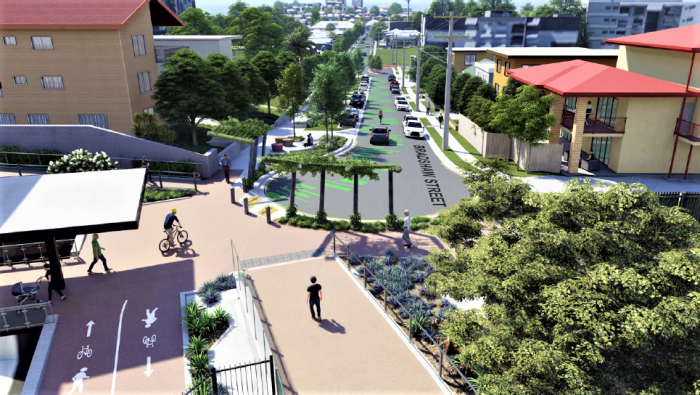 The project concept design for the North Brisbane Bikeway from Bridge Street to Kedron Brook has been released for community feedback.

The Brisbane City Council has released the concept plan for the proposed NBB project which will deliver a 1.2-kilometre bikeway from the intersection of Chalk Street and Bridge Street in Wooloowin to the Kedron Brook Bikeway.

The footpath on the northern side of Bradshaw Street, between Lutwyche Road and Marita Street, will be widened and the shared Lutwyche Road bus station underpass will be upgraded.

Lastly, a three-metre-wide off-road bi-directional bikeway will be constructed on the northern side of Bradshaw Street along Bradshaw Park.

The Council is now asking members of the community to provide feedback regarding the draft concept of the proposed project by contacting the project team on 1800 312 777 or through email at bikewayprojects@brisbane.qld.gov.au, on or before 4pm on Friday 19 July 2019.

Locals may also personally visit one of the two community drop-in sessions:

Completion of the detailed design for the project is expected to be completed by late 2019.

Read: Lutwyche to Get a New Recreational Park