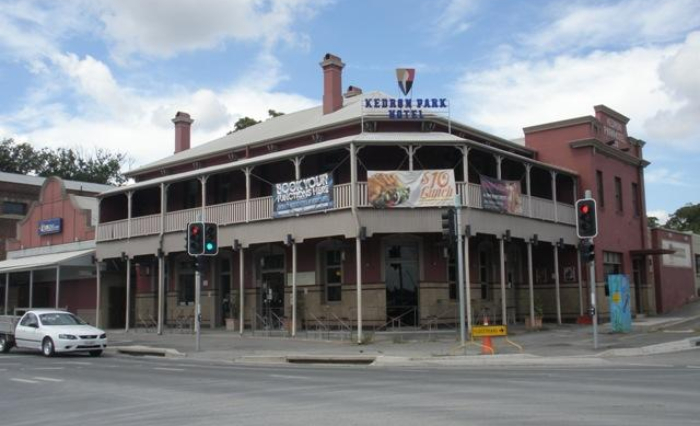 Two of Kedron’s most iconic hotels are to be put on auction, offloaded and sold with leases in place until 2028, with options to extend until 2068.

Both Kedron Park Hotel and Edinburgh Castle Hotel, which have been leased to Australian Leisure and Hospitality Group (ALH), are owned by the ASX-listed ALE Property Group.

Despite their history, interested parties have singled out these two sites given their significant land holdings. The fact that ALH — which is, in turn, 75 per cent owned by Woolworths — was involved made it more attractive for potential investors given their reputation.

These hotels are being marketed by the commercial real estate firm Burgess Rawson. Investors from abroad, across the state, and even within the state have allegedly expressed interest in the properties, according to Burgess Rawson agent Glenn Conridge.

Kedron Park Hotel and Edinburgh Castle Hotel are particularly attractive due to the size of the land and their potential for future developments in the long run, however it is also clear that they possess a certain degree of historical value as a result of their age.

Established in 1881, Kedron Park Hotel was designed by the architect John R. Hall for the hotel’s owner and licensee, Frederick Morris. The building was set up on the intersection of what was formerly known as Gympie and Bald Hills Rd, opposite where the Kedron Park Racecourse once stood.

Morris was involved with organising picnic race meetings at the racecourse as a means of attracting customers to the hotel. During this time period, the hotel had a variety of facilities such as cricket, a bowling green, skittles and quoits, archery, rifle practice, and pigeon shooting. The hotel’s ownership eventually changed hands, and in 1919, James F Cavill became the new licensee.

Under Cavill’s ownership, a popular zoo ran behind the hotel. The zoo was renowned for being the home of exotic animals such as crocodiles and monkeys, as well as a parrot capable of swearing.

Read:  Kedron Lot with No House Sells for Almost $1 Million

On the other hand, Edinburgh Castle Hotel’s origins date back to 1865, where the original building was built by a man named William Orr, and it was positioned on the opposite side of Edinburgh Castle Road.

The hotel received its name from the Scottish settlers who resided in the Bald Hill area, and was owned by the Orr family until Michael Goodwin obtained the license in 1885. By 1888, however, the hotel fell into a state of disrepair after coaches were replaced with railway lines.

In order to adapt, Goodwin applied for the license of a new hotel on the corner of Gympie and Edinburgh Castle Rd. The new Edinburgh Castle Hotel on Gympie Rd, which still stands to this day, was eventually constructed in 1892. The original hotel that Orr built reopened and adopted a new identity as Bonny View.

Both of the properties will be available to purchase in an auction held on March 31 at Melbourne’s Crown Casino starting at 10.30am. Registered bidders will also be able to bid remotely through their phones, the online auction app, or from Burgess Rawson offices in their nearest capital city.